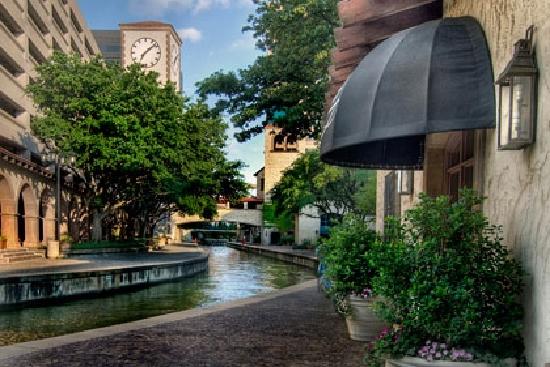 Irving is a city located within Dallas County. According to the 2010 U.S. Census, the city population was 216,290 making it the thirteenth most populous city in Texas.

Irving contains the Las Colinas area, which was one of the first master-planned developments in the United States and once the largest mixed-use development in the Southwest with a land area of more than 12,000 acres (4,856 ha). Las Colinas includes the Mustangs at Las Colinas, which is the largest equestrian sculpture in the world. A 40-acre (160,000 m2) tract in Las Colinas is home to the Irving Convention Center at Las Colinas, completed in January 2011.

The Dallas Cowboys played at the now-demolished Texas Stadium in Irving from 1971 to 2008. The city plans to build an extensive mixed-use project that spans State Highway 114 on the site.

Part of Dallas/Fort Worth International Airport, which serves the cities of Dallas and Fort Worth, is inside the city limits of Irving. It is also home to ExxonMobil

Irving was founded in 1903 by J.O. "Otto" Schulze and Otis Brown. It is believed that literary author Washington Irving was a favorite of Netta Barcus Brown, and consequently the name of the town site, Irving, was chosen. Irving originally began in 1889 as an area called Gorbit, and in 1894 the name changed to Kit. Irving was incorporated April 14, 1914, with Otis Brown as the first mayor.

By the late nineteenth century the Irving area was the site of churches, two cotton gins, a blacksmith shop and a general store. The Irving district public school system dates back to the 1909 establishment of Kit and Lively schools. Population growth was slow and sometimes halting, with only 357 residents in 1925, but a significant increase began in the 1930s. 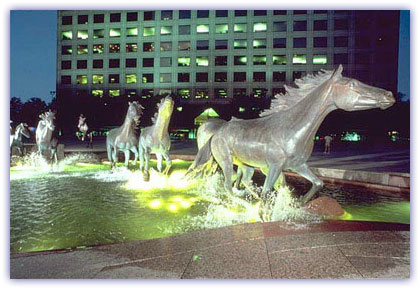 By the early 1960s the city had a population of approximately 45,000. A number of manufacturing plants operated in Irving, along with transportation, retail and financial businesses. The University of Dallas in Irving opened in 1956, and Texas Stadium was completed in 1971 as the home field of the Dallas Cowboys.

The major high schools serving the Irving area are:

Irving is home to Cistercian Preparatory School, a university-preparatory school for boys, grades 5 through 12. Irving is also home to The Highlands School, a university-preparatory school for pre-kindergarten through 12th grade. Two Catholic Pre-K through 8th grade schools, St. Luke's and Holy Family of Nazareth, are also located in Irving. Irving also is home to the Islamic School of Irving (ISI)(Pre-K to 12)

The city is the site of the University of Dallas and North Lake College, a campus of the Dallas County Community College District. Both University of Phoenix and DeVry University have a campus in Irving, as well.

Come see this well maintained, super cute home that feels like a cottage in the country but is easily accessible from any part of Dallas Fort Worth. This home features a ...

Great lot in Irving!!! The city has mentioned it is a possibility to convert this lot into a commercial lot. Use as residential for your dream home or build a shopping ce...

Courtesy of Worth Clark Realty

Listing courtesy of Worth Clark Realty.

This home would be a great investment property. The refrigerator will stay with home. Running Bear Park is less than one half block away. The owner has flood insurance on...

We pride ourselves on educating our customers to assist them in making the right decision for their unique situation.